A new chapter in major league baseball began at the start of the 2017 season with the opening of the Atlanta Braves’ new home, Truist Park. Plans were announced to construct a new ballpark in November 2013, after team owners decided to rebuild due to the high infrastructure costs needed to upgrade and renovate the old ballpark.

The owners desired to create a live, work, play environment built around the ballpark for the community to utilize outside of regular season play. A fifty-acre parcel of land was located and purchased to build the facility. Construction began Feb., 2015. The first regular season game in the $672,000,000 ballpark was April 14, 2017 – just a little over two years after construction began. 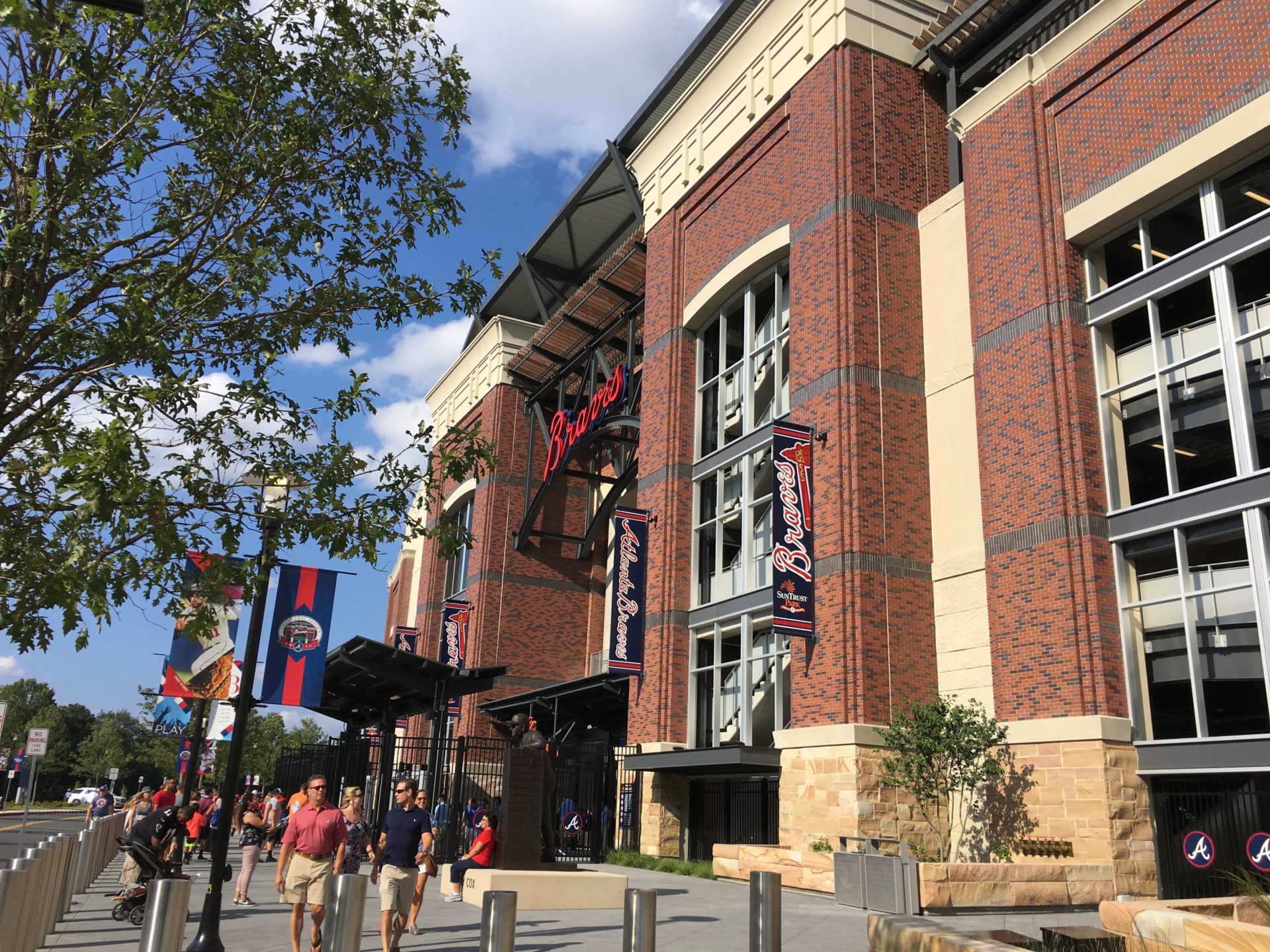 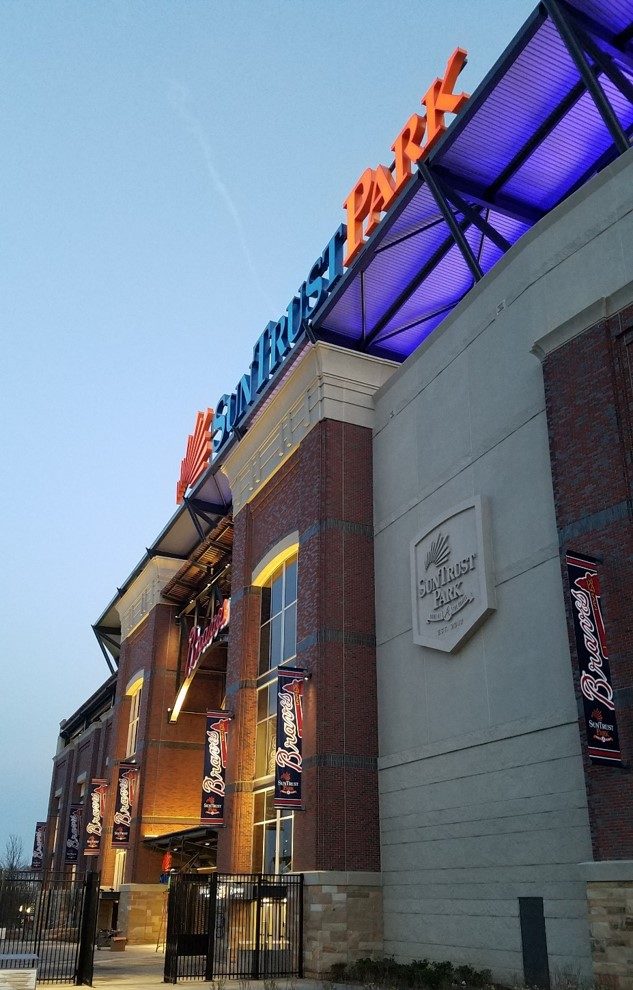 Populous, alongside Wakefield Beasley & Associates and W.P. Moore, created a design intent for the ballpark to be the basis for balance in The Battery, a development of multiple office towers, apartments, hotel, dining, and entertainment venues.  This design concept has made an impact on future stadium and ballpark designs because the aesthetic goal units the look and feel of the ballpark to all of the structures while meeting the aggressive scheduling requirements.

Many of the secondary structures in the development were to utilize masonry construction, which led the design team to consider a brick-inlay panelized architectural precast system. 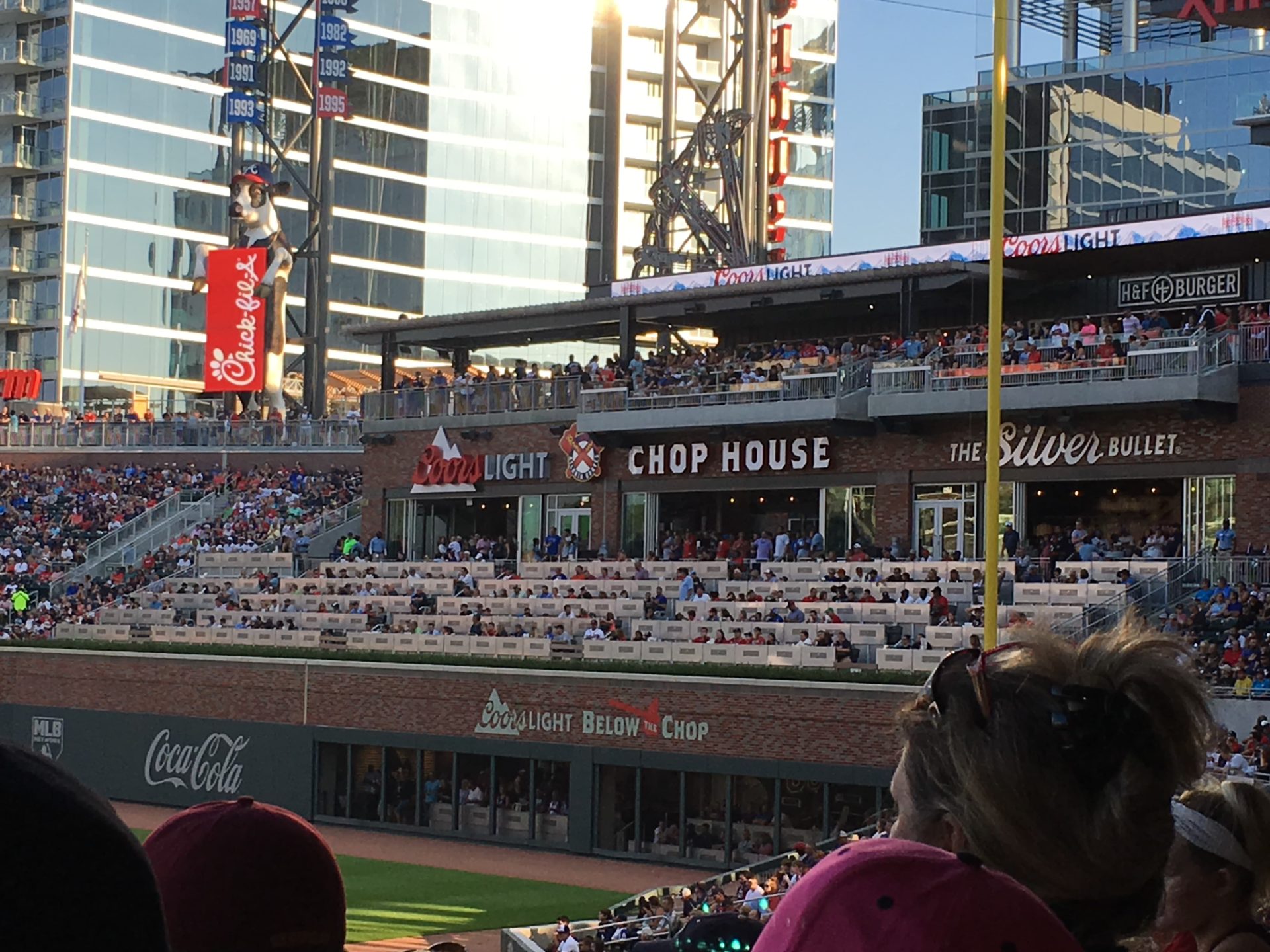 The ballpark’s façade was constructed from 555 pieces, with a total of 127,377 square feet of various shapes and types of architectural precast concrete.  From brick-inlay wall panels, c-shaped column covers, simulated chiseled limestone, to over-sized spandrels designed to carry the large entry signage, the façade systems had demanding forming requirements along with significant engineering challenges.

Prior to completion of the design, a preliminary casting schedule was developed to support an erection sequence consisting of five sections installed by four crews in a little over six months.  A design-assist team was assembled to produce portions of the construction documents simultaneously to support the schedule. 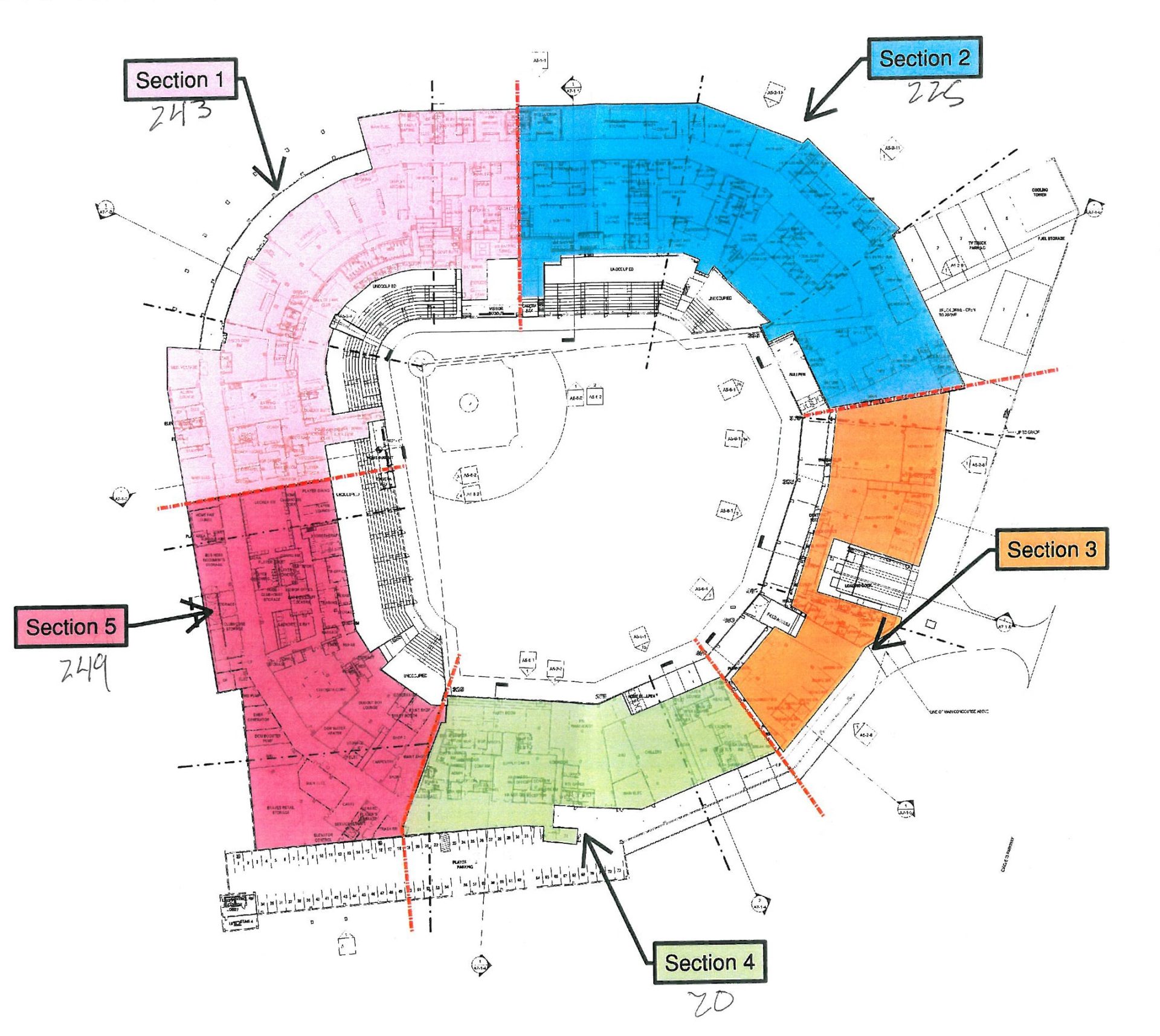 The design team met with various design-assist partners in the form of weekly Revit-based coordination meetings by use of screen sharing across varied scopes of work and varied interests. Much of the project’s architectural precast exterior design took place in these weekly meetings culminating in design-team published documents just ahead of shop drawing submittals.  Many of the major design challenges such as story drift, large bearing eccentricities and tieback forces were resolved quickly as a result of this design assist format.

One of the first engineering challenges addressed was the elevation of the Ballpark itself which is situated on a slope with a fall of 35 feet from the home plate entry to the outfield walls. 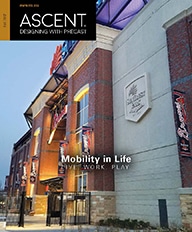 “This created intense challenges for the support of the precast concrete cladding. Floor-to-floor heights were as tall as 35 ft in some locations, requiring brick-clad panels weighing as much as 56,000 lb. The panels needed to be robust to accommodate the wind and seismic loads.” 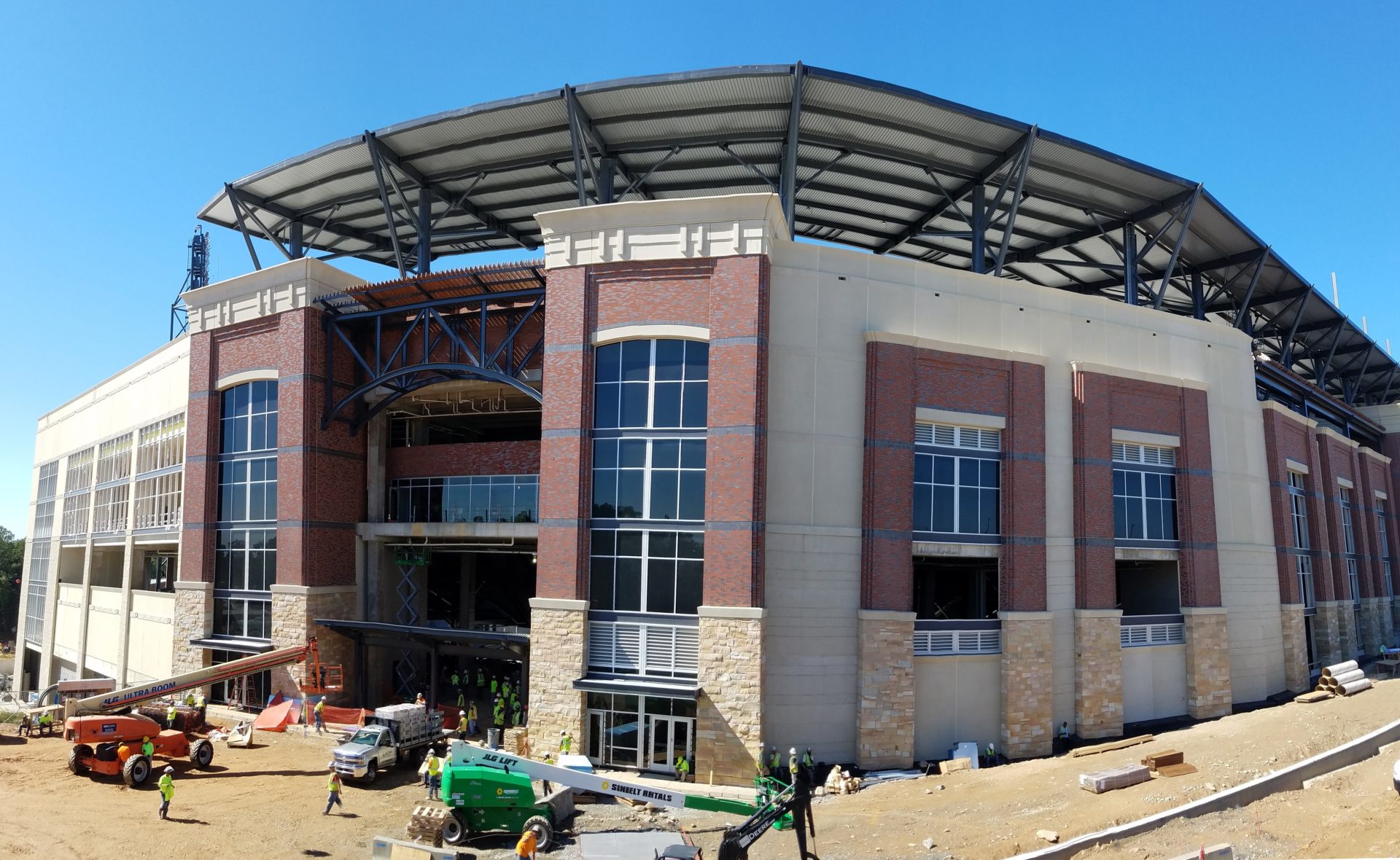 In many conditions, self-supporting precast units are loaded to either a footing or edge of slab.  However, due to the drastic changes in elevation and the ballpark being constructed into the side of a hill, they were supported on the edge of the elevated ballpark structure. This, in combination with the relatively light structure, required ingenuity from Gate Precast’s lead engineer.

The continuous façade of precast and windows on large bay spacing required bearing connections capable of supporting 75 kips of gravity load.  In addition, the bearing locations in many cases were 3’-6” from face of panel.  The resulting assembly incorporated bearing pads and slots for field tolerances, side plates for lateral loads, HSS for vertical gravity loads and multiple weldments into the precast concrete. 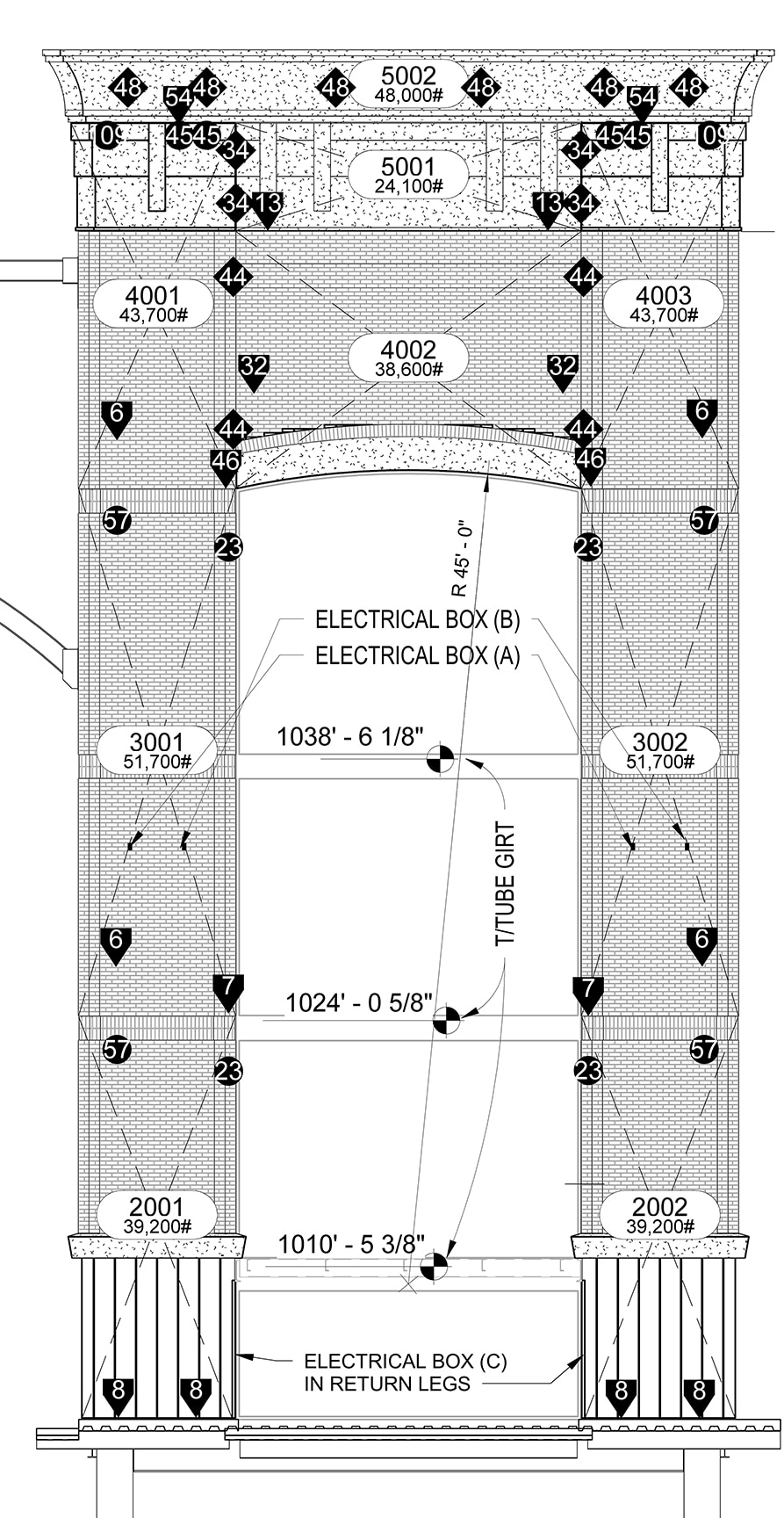 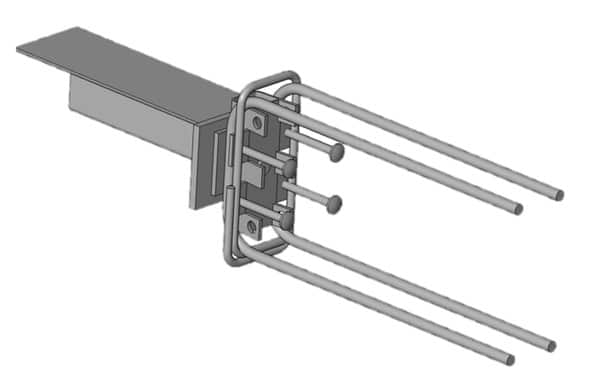 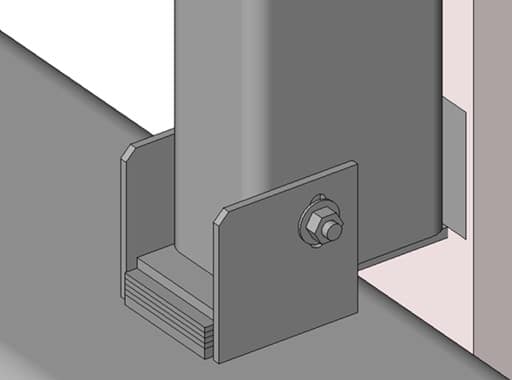 The bearing assembly and lateral tieback were designed to connect a 56,000 lb  c-shaped column cover with a bearing eccentricity of 3 feet.

Connections other than bearings were affected by such large gravity loads and bearing eccentricities in conjunction with substantial wind forces.   Blast PSAs were chosen for use to resist lateral forces of 22 kips while allowing vertical movement of the supporting deck due to live load.  The Blast PSAs were situated in 7” precast returns requiring assorted rebar as to develop the mechanical capacity of the Blast PSA and slotted loose hardware along with high strength all-thread were utilized to allow the structure to drift without displacing the precast.” 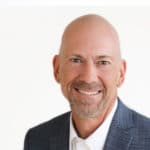 “The architectural precast and the associated connectivity basically had to “work hard and work smart”. 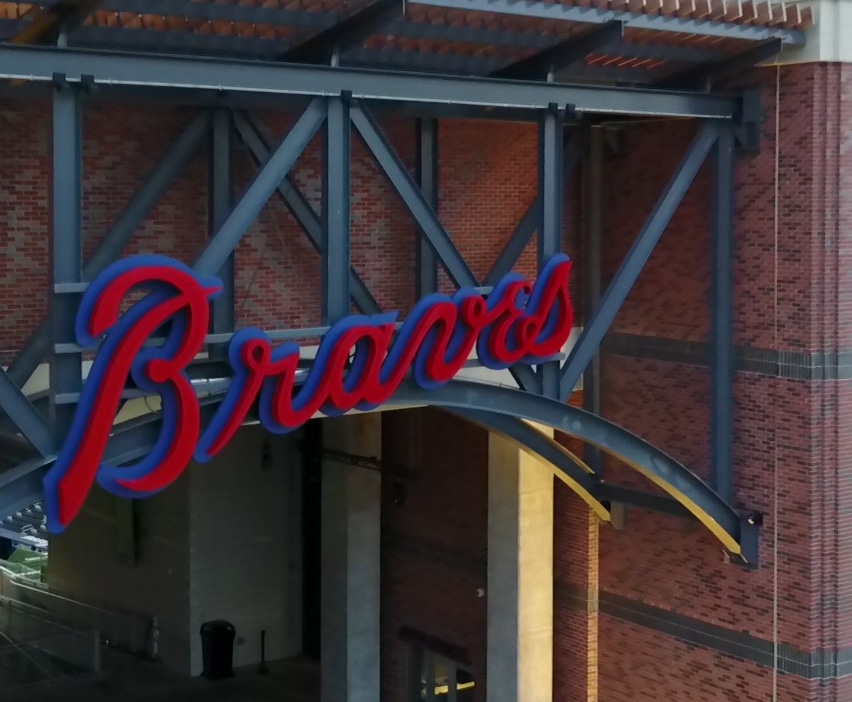 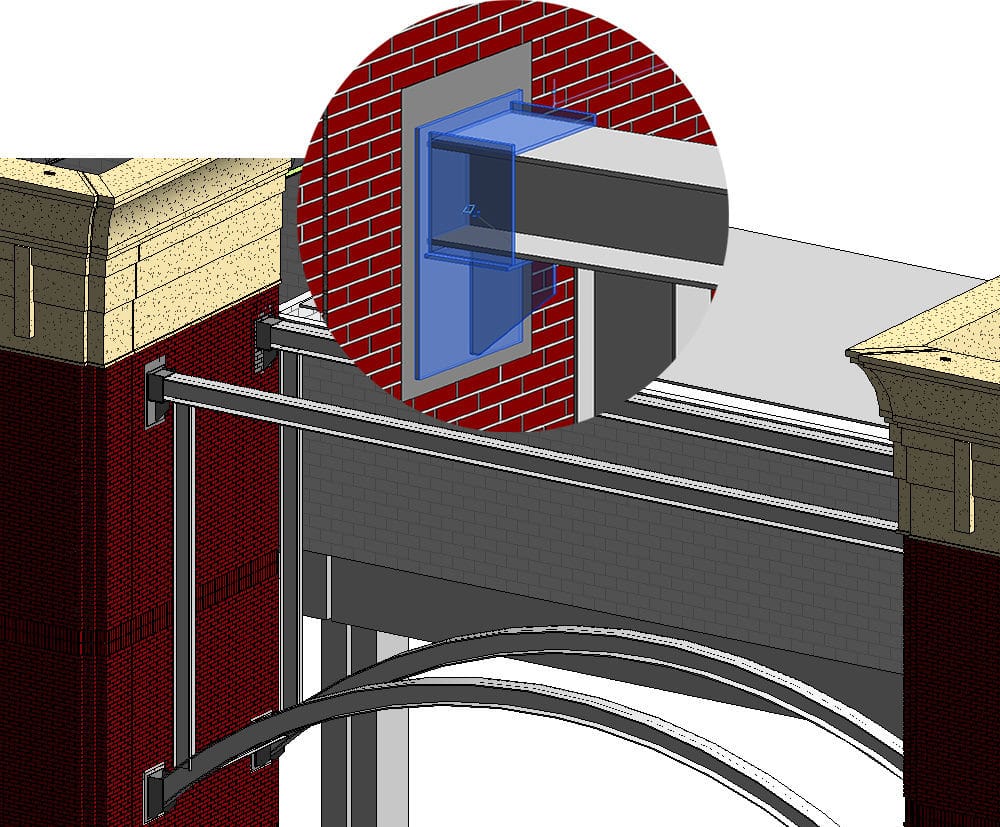 In addition to the tube and window frames being carried by the precast, the arched steel truss designed for the Braves’ signage was loaded to the face of the brick inlay panels.  The connection consisted of side and top plates that would act as “surrounds” in lieu of a “hard” connection to the chord of the truss. Teflon shims were utilized to allow for the truss to move independently.